Why We're Still an Adventist Home

I live in an Adventist home. It doesn't look a lot like anything described in little red books.  But that's what it is, because Adventists live here.  Adventist homes, and the families that live in them, are changing.  We don't look like the model families from the 1950s, and frankly we are skeptical that those families ever really existed.  My theory is that life has always been hard.  None of us live by the book, or fit the image.

And that's true for all of us--not just people sitting next to you in the pew, but also the people who stand in front of you.  I know.  My husband Jim is one of them.  In fact, I know a whole lot of pastors and church workers--studied with them at the seminary, corresponded with them over the trials of parenting.  A remarkable number of us drink coffee, and have seen the inside of a movie theater. Our kids can name the characters from Disney shows.

And we're Adventists.  We care about our church and we're passionate about our faith.  We're here because we believe in it, and we work for the church with our whole hearts.  We belong to this faith and, more importantly, it belongs to us. We are the other Adventist homes.

And that's why I'm sticking around.  It's a pretty chaotic time for this denomination.  The issue of whether to ordain women who pastor in the same way we do men, has gone from a hot topic to a burning one.  If it's possible, we are even more polarized than the American voting public. And the "antis" who hold the General Conference right now, are just not sticking "Coexist" bumper stickers on their cars these days.

The denomination is going places I don't support.  So why am I still here? Because I'm an Adventist. Church administrators come and go, and they don't get to define what it means to be Adventist.

In fact, that's what it means to be Adventist. This denomination began with a bunch of apocalyptic misfits who had been largely turned out of their own churches for believing in the (very) soon return of Jesus.  In the beginning, they had only that one thing in common.  In time, they found more in common, like the seventh-day Sabbath and the unconscious state of death.  But they weren't crazy about creeds or tests of faith. And they were bound by loyalty only to the Bible.

The Fundamental Beliefs, however respectable, don't make someone an Adventist. That comes from a few simple beliefs, a loyalty to Scripture, and the choice to belong.

So I am sticking around. Because I believe our denomination is better than this fight we're in currently, and we will be better again.  And because I believe in these other Adventist homes. I believe it's us, and not the 1950s image who are going to be the church's future.  If it has a future, it's going to have to be us. We are Adventists.  And this is our home. 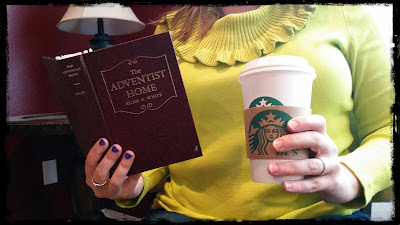 Posted by theotheradventisthome at 3:48 PM