Can Adventism Save Itself?

I'm feeling hopeful for my church this week, and it's because of Annual Council. But it's not because it's going well. For the last few days, I've followed the meetings on Twitter, and sometimes tuned in to the live stream. It is . . . interesting. Sure, there's lots of good mission projects, hopes to involve youth, fascinating statistics, and the exercise breaks are entertaining. But...

This year's Annual Council theme is: "Faithfulness in Christian Lifestyle."

I am in awe of this. We're daily struggling to relate to racism, polarized politics, a worldwide refugee crisis, and our personal griefs and burdens. We live in a world growing everyday less able to dialogue or offer grace, while reeling under a deeper awareness of abuse and trauma. We are broke, anxious, and heart weary. And right now my church wants to talk about coffee.

So far this week we've heard that coffee will make us gossip, fun music hurts our brains, emotions are bad, and we can't be spiritual while observing movies and "the YouTubes." And whether those things are true or false isn't really the point. The problem is that they aren't the point. Decaffeinating won't heal our divides, and withdrawing from culture won't spread the gospel.

Add to that a statement from the front that church members should be "protected" from conversations about church finance. Lay people, the speaker said, shouldn't wonder about their money once they give it to the church, or it might destroy their faith. And top it off with a statement on abortion created by committees with less than a quarter of members who are women, and a continued press to punish those who are ordaining women.

The message coming out of these meetings is that the church is out of touch with our time and place. We don't want to change our practices, and we're more concerned with external behaviors than the power of God to make a difference in the world. Adventist Twitter is abuzz with disbelief and snark, young adults discussing their "gossip juice" and contemplating whether the church wants them or not. Whether it can be salvaged as a place to grow a living faith.

But I don't believe this is all just the GC being tone-deaf. I don't believe my church leaders don't see the news, or know what we're talking about. In fact, they're trying to solve all these problems at once.

The conservative wing of  the Adventist church is trying to save itself. They aren't taking the strategy  I would hope for--by living in context, and offering answers for today's questions. Instead, they're trying to "fix" the Adventists so that Jesus can come back and solve the rest.

The generation leading the GC now grew up in the midst of Last Generation theology. Even I heard the echoes of it in my childhood, sans the name. The theology said that we get a part to play in the act of redemption--besides receiving it. Because Satan said God's law couldn't be kept, God needs a group of people who actually keep it as proof. We aren't redeemed until we fix this last issue in the great controversy. And that means that, until we reach this feat, Jesus has to wait, and time and sin and suffering all continue.

The idea is seductive. As humans, we're hobbits facing an evil that far out-classes us. As Adventists, we're troubled by the question of why time continues. The idea of Something We Can Do offers us a ring of power--it explains our problems (we haven't done our part yet), and fixes them all in one go. It casts aside our helplessness, makes us the players rather than the ball.

I think it's important for my friends and fellow-critics to know our church leaders aren't ignoring the real problems. They're just wrong about the solutions. Because the story we're in wasn't written by Tolkien. We don't get to be the heroes in this one. We don't save ourselves. The gospel is better news than that.

The Adventist church can't save itself. And that's good new, not bad. Because no matter how much decaf we drink, we were never going to reach the goal. We have to give up the perfection plan, toss the ring into the mountain, and open our hands for help. It's good news, because God can save us.

And as for the snark on Adventist Twitter? Well that's my favorite sign of hope for the church. Because it means there are young adults who care about the church enough to criticize it. Don't forget that we have people tuning in on work days to watch church meetings. All those voices saying "I want this to be better" don't hate the church. If they did, they'd find something else to watch on "the YouTubes." And that's why I believe we have a future. 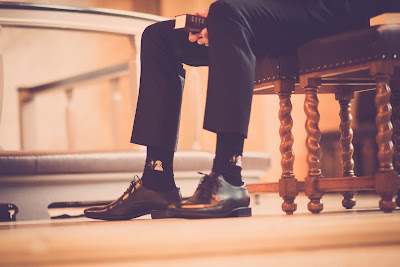 Posted by theotheradventisthome at 9:42 AM