How to Criticize your Leaders 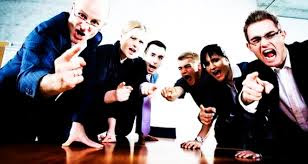 Many years ago, a friend came to talk to me about her troubles. She was a lay leader in a neighboring church, and their new pastor was . . . not settling in well.  He had a style of leadership that was hard on his followers.

I remember sitting on the couch listening, and wondering what I could safely say.  I knew the church and the pastor, and her pain was legitimate.  I wanted to affirm her, but I was afraid of criticizing him. We still hoped he was learning better ways, and I didn't want to injure her willingness to follow.

I was kind of stupid.  I should have cared more about her needs than his.  But I worried that criticizing a leader was bad on principle.

Yes, I know what Paul says about magistrates getting their authority from God.  I even know the story of the wrath Miriam suffered when she and Aaron complained about Moses. But there are other examples in the Bible as well.  Forget prophets calling out the kings in the Old Testament.  Remember Jesus' words for the religious leaders of his day.  "Bleached tombs," anyone?  No, we can't say that criticizing our leaders is a sin, unless we want to rethink our Christology.* 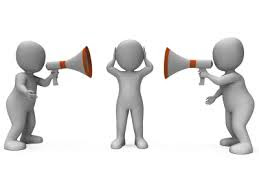 I am married to a pastor.  This means I get to see what it takes out of someone to lead a volunteer organization.  But more than that, I've had the chance to meet and talk to various church leaders. And I've found, most of the time, that they're good and even competent people, who want the best, even for their critics. And so I've spent years of my life trying not to criticize leaders because I don't want to make their jobs harder.

But there are moments when it's important.  Like my friends' situation, when my tactful silence normalized her pastor's unkindness to her.

So what is thoughtful, intelligent criticism?  Because we all know about the other kinds--the screaming-at-the-computer-screen, or laughing-up-ratings-for-late-night-television kind.  What makes criticism honest and just. and beneficial to the world? Well, here's my take:

First, it needs to be earned.  That means based on observable reality.  We criticize our leaders for what they do, or what they communicate, and not what we assume they eat for breakfast.

Second, it needs to be specific.  Just like with praise, "Preacher X is an idiot" is not helpful.  "Preacher X shows disdain for education" or "Preacher X ignores advice" has a better chance. (Yes, I knew we could get more technical: "X did not respond to my email advising him, and acted contrary to the advice in it" is more objective.  But let's not overstate our tendency to be objective when annoyed.)

Third, it needs to be empathetic. It's the critic's job to look at the choice from the leader's point of view, and not judge simply on whether it was inconvenient to themselves. You're only making a useful statement if you can say the choice was wrong, rather than it made more work for you. (Making more work for you is probably something your leader should consider, but when you criticize empathetically, you admit there were other factors, too.)

Last, it needs to be prayerful.  Because it's all too easy for criticism to go from a responsibility to a pastime. It's easy to pass into mere complaining. Ask God to keep you honest.

Today, I want to encourage you to criticize your leaders, for two reasons:

First, because it can help them.  As someone who has failed at leadership, I know the value of earned criticism.  It hurts, but the hurt is motivation to grow and do better.** If I didn't see this unflattering image of the job I was doing, I wouldn't have known how big my mistakes were.  I'm not saying the criticism has to hurt, but even the painful stuff can help.

It is true that not all leaders learn from criticism. But good leaders do.  It's one of those responsibilities that come with power which Spiderman's Uncle Ben warned us about.

The second reason it that it can help others.  Your leader may not choose to hear, or to grow, no matter how respectfully you criticize.***  But they're not the only ones out there who may need to hear what you're saying.  Someone else may need to be told, "You're right--that was wrong."

We don't create healthy people telling them they have to accept bad leadership, or approve of someone when they're wrong. What we create, instead, is opportunity for abuse. Accountability for leaders is blessing, for the leader and the community both. Following intelligently is more useful than following admiringly.

Right now the Adventist church is in a crisis about leadership. As church members, we see more than our share of blind loyalty and blind dislike.  What we need is responsible criticism. Now is the time to follow intelligently (and to know where we won't be led).

So pray for your leaders.  Support them.  And criticize them. It's a good thing. *Plus, there would be a lot more cases of leprosy breaking out spontaneously over Sabbath lunch.

**Also, working with the same people who have seen me fail, knowing they know my past mistakes and may still judge me for them, is a pretty good deterrent against getting a big head.

***And of course it's possible that you're wrong, too.

Posted by theotheradventisthome at 1:18 PM