I've only played matchmaker once in my life, and when I did, I picked a big one. I gave my lifelong bff's phone number to a friend from seminary. It was really terrifying—said bff was dating someone else at the time. In apology, I tried to be as honest as I could with my “inside information” on him. He doesn't like onions, he wears too much black—oh, and I think he's a little too dependent on his coffee.

They talked on the phone, and then Jim and I got to introduce them in person at Christmas. She decided to bring him a present—a coffee mug, and a jar of Roma coffee alternative.

It worked. Previous Boyfriend went the way of the dinosaur, and the next September I got to be matron of honor at a lovely beach wedding. The Roma, I understand, had a long life, surviving at least one move. I haven't tried it. But I always enjoy the coffee at their house. 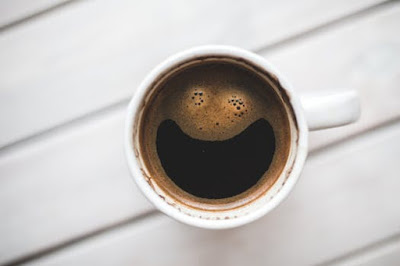 Coffee showed up at our house along with our first child. It started at the hospital. It turns out that, while I had the advantage of contractions to keep me awake, poor Jim had to find some other means.

We'd had the baby home less than a week before my mom came to visit, and bought a coffee-maker to help her survive. We made no objection that she didn't pack it into her suitcase to take home later. We went from the adrenaline-high of the new baby to the bone-deep exhaustion of the not-so-new baby, and on into the sleepless grind of parenthood, and the coffee-maker came with us, and held our hands.

Two more kids later, we've moved on to bigger and better, and then smaller and better machines. We went through the Keurig stage, and out the other side, to a french press, and now a pour-over system. I'm a bit of an Other-Adventist hypocrite, I have to confess. I haven't managed to develop a coffee habit myself (mostly I drink it when visiting bff). But I am a good enabler. Frankly, I'm just happy to know I can always make Jim happy with a bag of whole beans for Christmas.

It's entertaining to drink coffee in the Adventist world. We have often packed our own supplies when going to overnight events for pastors. Sometimes there's coffee out with the breakfast service. Sometimes it's hiding in the back of the kitchen, for those who know where to look. Sometimes there is none, and we get to share out of our room.

Coffee is getting to be more mainstream in the church. I remember the first time we went to a church where one of the adult classes served coffee, guiltily, in a back room. Now I know many that serve it in the lobby. 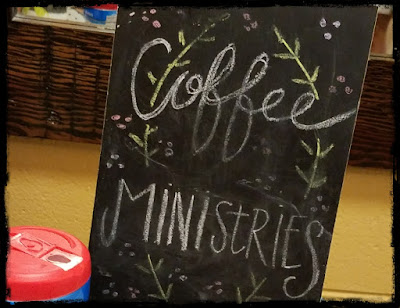 A few years ago, a certain Adventist magazine ran an article on coffee, apparently trying to re-stigmatize it. It was a confession, written by an anonymous pastor telling his/her experience of having medically unusual withdrawal symptoms when s/he quit drinking it. The anonymity was more telling than the article's content--the intention* was evidently to tell us that coffee drinking really was something of which we ought to be ashamed, and hide back in the back room again.

I don't think it's going back. In fact, I think it's time to give up on debating coffee. As a church, it isn't worth our time anymore.

Medical research won't help us here. I know I've heard good and bad research, although only the bad gets shared around Adventist circles. I won't deny it's real, but I have to suspect it's subjective. Sadly, having a medical study is kind of like having a Red Book quote—it comes with a context (almost always to answer a specific question), it isn't the whole story, and it usually comes with interpretation supplied. It doesn't really end the discussion.

It's a tough to live in a world with so much information (or to read from a prophet who has such a large body of work, from such a variety of situations**). It means, like it or not, we're going to have to use our own reason, make our own choices. It means that authority isn't as simple a concept as we'd like it to be.

It's hard, but we're going to have to navigate that reality somehow. Otherwise we find ourselves doing silly things. Things like pushing all manner of untested natural remedies because they're plants, so they must be safe, but then demonizing the one that does get studied. Or making life harder for one another. 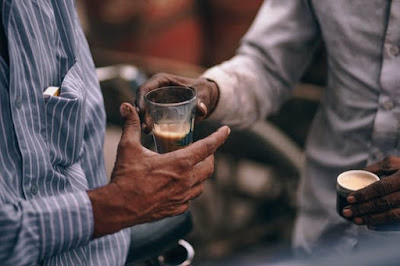 At the end of the day, the reason we use coffee isn't really its chemical effects. For all the memes about how it prevents murder, the fact is much of the value is comfort, and ritual, and the social time it creates. The coffee break is about a lot more than caffeine. Coffee is just another tool for managing life. It works for many people. Not so well for others.

Yes, caffeine has an effect. Like any other self-medication, it has to be used thoughtfully. But experience says that's what most people do. We rest when we can, we caffeinate, we commiserate, we spend a little extra time together. And then we go back out and tackle life again.

Life is hard. The Christian life is complicated, and often muddled, and we can't afford to waste time making it harder for one other. Especially when we're following the path of a Savior who says it isn't what you put in your mouth that does the harm, but what comes out.***

My burden isn't for the coffee. It's for the church. We are all the church. Some of us reach for the coffee and some from the Roma (and some for an unsweetened herbal tea). But we are bound together by a faith that is much bigger than beverages. We worship a God who is greater than our differences, and we bear a message which is far too valuable to neglect so we can argue over food.

To my church I say, keep the faith. Drink the Roma, or drink the coffee, but don't drink the proverbial Kool Aid. Skip the judgement. Keep the faith. 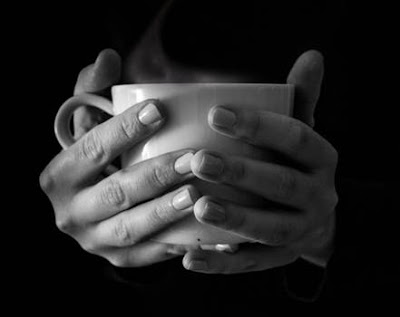 *I'll keep the name of the magazine anonymous. You know, to protect the guilty and all . . .

**As a general principle. I am not trying to imply there is more than one opinion on coffee in her work, only that we're forced, by seeing the whole of what she wrote, to understand that inspiration is more complicated, and more contextual than we would like.

Posted by theotheradventisthome at 12:45 PM