Non-compliance, Hospice, and the General Conference of SDAs

During last year's Adventist Annual Council, my dad was dying. We learned his liver was failing in September, and the meeting happened to fall on a weekend I'd flown to Portland to be with him. I spent his waking hours asking him for memories, and scanning his old picture, and when he rested, I tuned in.

The day of the pivotal vote--the one about a system of committees to enforce compliance on the world church--I only got to watch a while. The men's chorus, in which my dad had sung so many years, came to give a mini-concert for him in the living room. I watched the livestream for a while and then shut it off. For perhaps an hour, I watched my faintly-responsive father close his eyes, lay back his head, and whisper the words along with the others, old-fashioned gospel songs and dreams of heaven.

By the time it was over, and my father had gone back to the bedroom to rest, the vote was being taken. My stepmother and I watched the counting, saw the inevitable results ("yes" for the plan to punish those who ordained women as pastors), and I took a few minutes to republish my blog from the year before, encouraging progressive Adventists to stay and keep me company waiting out bad policy. Then I went back to the pictures.

There is a kind of clarity that comes with helplessness. There was nothing I could do to influence the vote or save my father. But I have no doubt which of those losses I grieve more. Because they came together, it's easy to see their relative importance. That's why I know I'm not as helpless as it feels. 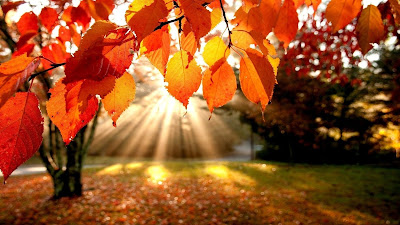 It's been over a year since those things happened. We had another General Conference Annual Council, and it was bad, too. It wasn't just the Compliance politicking again. We also got devotionals focused on the evils of coffee, emotions, and YouTube, and a treasurer arguing against financial transparency.** And I understand if you're discouraged. But it's important to know this is the GC, not the church.

The GC is a world church organization. It has a small impact on a great number of people. But it isn't the church. It doesn't feed the hungry or share the gospel with your neighbor. It doesn't put the love of Jesus into human relationships. It was never meant to do those things. It handles money, coordinates communications, deals with legal matters. But the church is you.

You are the church. Seventh-day Adventism is made of what happens in local congregations, local communities. Church is worship, and fellowship, and serving one another. That's where the power is. And that's what you do.

My dad was the church. He didn't hold church offices, but he taught me the language of grace, and his love told me I am valuable. He immunized me against perfectionism. There's no committee anywhere that can undo that.

In the same way, if we choose to be the church for one another, there's no Compliance Committee that can vote it away. If we teach our children about grace, instead of about coffee, no one can undo it. If we love our neighbors, rather than critiquing their YouTube channels, that choice is in our hands. A world organization can impact a lot of people in a small way. But only you and I can impact them deeply, meaningfully. That power is still in our hands.

I don't know how long the Compliance era is going to last. I don't know if it's getting worse or not. But I do know that the church is not held hostage to the GC. The power of the Holy Spirit and the calling of the gospel are still right here, in our hands. The culture of your local church is close enough for you to impact.

I miss my dad.* I can't bring him back, but I am not powerless. I still have the gift he gave me, and I intend to pass it on.

For now, I'm going to turn down the volume on the GC. It was never meant to do our work anyway. And I'm going to do what I can. I'm going to live the faith the way I understand it--inclusive, incredible, and freeing. I hope you will, too. 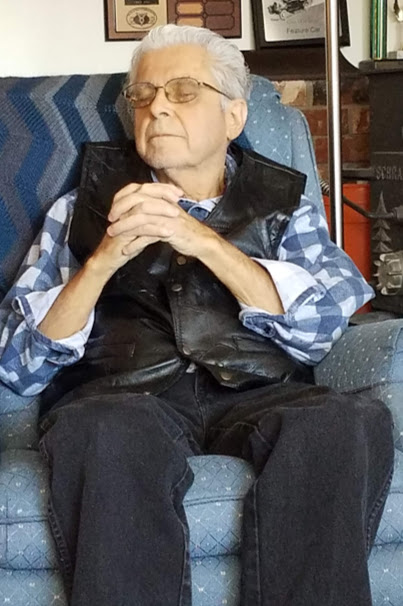 (my dad during his last concert, the day of the compliance vote)

*Note--My dad had problems. His life was a testimony to grace, not because he was so great, but because of how much he needed it. That, too, was a gift.

** Don't worry--the numbers were up on the screen anyway.
Posted by theotheradventisthome at 1:01 PM