Why You're Not a Cultural Adventist (or, "It Was Never About the Fri-Chick")

If you hang around churches long enough, you'll hear the term thrown around.  It shows up around Nominating Committee time: "Person X isn't interested in doing anything in church.  She's really just a cultural Adventist."  It happens more often when there's a controversy involved:  "Those people who want to ordain women/change the worship service/serve coffee in the lobby ought to just move on.  They're just cultural Adventists."  Maybe you've heard it. Maybe you've said it.  Maybe someone's said it about you.

The idea, the accusation, is that your faith isn't real, or it isn't important to you.  If you're a cultural Adventist, you're not here because you love God and the church, you're just in it for the Fri Chick.  You grew up in the church, and you come to see your friends and because it's comfortable and familiar here.  And it's kind of nuts, when you think about it.

It's nuts, because it's used invariably for someone who is progressive, liberal.  It is the traditional hashtag slapped on these "other" Adventist homes.  The irony, of course, is that these are the people who usually want to change something. They're the ones who don't fit in, the square pegs in the round holes of the church. If someone stays in church, even when it doesn't suit their personal tastes, how can one accuse them of being there for the culture?

Actually, I am tempted to say it goes the other way.  The people who find nothing to challenge or disturb them on Sabbath morning, the ones who speak the language and match the dress code--they are in the greater danger of staying for the culture.

I am tempted, but I have to do better than that. If I can't do any better than turn the finger to point the other way, I might as well turn in my tofu-and-cheese cookbook and go home.  Because the church isn't a bone for us to fight over.  It's a gift of God, and it belongs to him.

Perhaps it will help to start by admitting that Adventism is both a faith and a culture. We believe certain things in common (and sometimes we assume more things in common than that),and we're used to doing things certain ways. The doing might come from the believing, or it might be habit. Culture is okay, and so is changing it.

I want you to believe that last sentence is more profound that it appears, so I'll write it again.  Culture is okay, and so is changing it.*

Habit is not evil, even when I find it annoying.  It's okay for my friend to have a hymnal velcro'd to their hip, and a red-book quote for every occasion.  As long as I also have the freedom to make a point without a quote to back me up.

Likewise, it's okay for me to put mustard and pepper on my vegeburger.  I don't have to resent the person in the potluck line beside me if they have to look away as I do.  And when I preach Sabbath morning, and an older saint shakes my hand, I won't take it personally when she thanks me for my "little talk." She has a paradigm, and she's trying to conform her experience to it.  She's doing it politely.  I am guessing she goes through similar reasoning to make allowances for me.

Of course I think I'm right, and she's wrong on this one.  I'm not saying all opinions are equal. The reason I'm a progressive is that I want to make progress.  I'm saying none of these things are grounds for us to question one another's faith, or exclude them from being Adventists.It's lazy and irresponsible to try to solve our problems by disowning the other side of the pew.

We are all believers.  Everyone's reason for showing up Sabbath morning is their own, and it's really not the point anyway.  The point is, we're all here. If we want to change the culture, we should skip the pointing fingers part, and talk to one another. 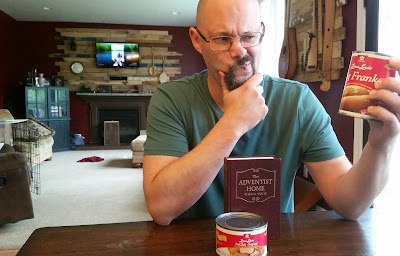 *Note my clever tact in not using the word Tradition--since that's a bad word in Adventist culture.


Posted by theotheradventisthome at 12:47 PM