How to Leave a Church Family

In 2004 I stood on the porch of a strange house, waiting for someone to answer the bell.  I remember looking through the glass panels at the a potted plants, hanging from macrame webs to catch the sunlight.  Someone made those webs, maybe decades before.  This was a house that was lived in a long time.  The kind grown children brought their own children to visit, and showed them their childhood bedrooms.This was a home where the details were assembled by time and familiarity.  And the people who lived here knew every detail, and loved it, because it was right.

It was all foreign to me.

We were there because my husband had a pastoral interview at this church, and this family had offered us lodging to spare the Conference the expense of a hotel.  I stood on that porch, waiting to meet the strangers who lived there, people whose lives we were proposing to join. It felt strangely like trying on someone else's clothing.  It wasn't made for me, it hadn't been stretched or worn to my shape.  But I was going to wear it, whether it fit or not.

In 2014 I hurried through the back halls of a church building I ought to know, flashes of recognition from the color of the carpet, or the layout of the hall, trying not to be late.  I had been a member when this building was built, nearly two decades before. I had left as a college student, and now I was proposing to return, married to their new pastor.

The clash of the familiar and the foreign was giving me a headache.  I remember looking at the table full of elders, wondering which of them I was supposed to know. I remember marveling at how very surreal it was to be interviewing--once again--for a job for which I wasn't the one applying.

They like to call it--joking--the "Great Advent Movement," and a fellow pastor pointed out we are the denomination that invests in our own moving trucks. I've read the stories, about the decades long ago, when a pastor might come to town for 18 months, and spend it in an extended evangelistic meeting. Change is in our DNA.  Leaving is our heritage.

So why doesn't it get easier?

I remember one night, perhaps a month into our time in a new church, coming home from a member's house, and realizing I knew the route without the GPS.  I didn't like it. What was worse, I had enjoyed my time with the ladies there, and I wasn't ready to make new friends.  I was still deep in mourning for the friends I had left behind.

A former professor said it takes about two years in a new place to feel like you belong. He might be right.  I never could pinpoint the moment.precisely.  Sometimes I think you don't really belong to a place until it's time to leave.  That's the time I see most clearly, I feel most deeply. 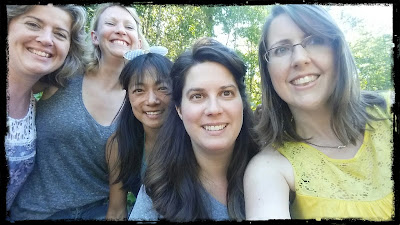 As I write this, it's time to leave again.  Last week I went to church and faced the friends who had read the announcement email two days before.  It was the usual mix of sadness, interest, and recrimination.

But of course it's doubly complicated for the pastor.  As accepted as the change is, it's even less natural.  It's because leadership isn't a position.  It's not even entirely a skill.  It's a relationship. Trusting open relationships are the only way for a pastor to do their job, but they are not tools to use.  Members in our churches are not a means to an end.  They are an end in themselves.  What we develop and nurture and grow in the years of ministry are not systems, but human beings.

And that is why we cannot get used to leaving.

To my church family--to all of my church families--to everyone I have had to leave:  I want you to know that you have never been easy to let go.  I wish you could see the indelible marks you make in me.  I probably joked about fitting you into my suitcase, but I do actually carry you with me. And I have accepted the fate that I will never be at home any one place, because none of them will have all of you at once.  I want you to know most of all that it was real--not a job, or a role, but a relationship.  It still is.

In a little while, I'll be facing another reality--another front porch, another garment pre-made, ready to try on.  The alterations, it turns out, aren't made to the garment.  They're made to me. Because change may not be natural, but it's still inevitable.

And I promise not to get any better at it. 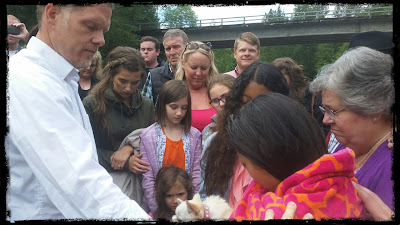 Posted by theotheradventisthome at 11:40 AM