Women are Not From Venus

I think I've found the problem--the center of sexism, not just in the church, but also outside. Patriarchy, gender battles, the glass ceiling, and snarky jokes about men--they all have one source.  And I found it in the book, Men are from Mars, Women are from Venus.

I read the book in college. I was dating the man I would marry, and I wanted to do it right.  I wanted to make sure I understood him.  And the author said true things about men and women, but he started with one big, fat problem.  Men are from Mars, women are from Venus--the claim is that we are fundamentally different. He said our problems came from assuming the other gender was like us. I can only guess he was thinking of a very limited number of problems, and not the big ones.

I am a human being. So are you.  And the "different planets" idea, as charming as it sounded, is poison in the water.

Of course, the author didn't invent the idea. The pitch worked because he was saying something we already believed.  But it's wrong.  And the reason that sexism still lives, even in presumably innocuous forms, is the belief that men and women are different kinds of creatures.

So I'm not going to be stupid here, and say men aren't different from women--experience tells us that's a load of hooey.  And I'm not going to get into the argument over whether it's in our brain chemistry or our upbringing.  It doesn't really matter how we got here.  What matters is where we think here is.  Men and women are different, and I have no ambitions to erase those differences or to deify and enforce them.  I'd rather clarify them.

The place we go wrong, is this--we differ, not in type, but in degree.  We all know that not every man you meet is taller than every woman.  Not every one is better at spatial reasoning, more interested in cars, or more bored with shopping than every woman.  Our differences are statistical, not fundamental.  When we make comparisons, we're not making it up, but we're comparing averages, not species. We couldn't be, because we're the same species, made of the same stuff.

In the book of Genesis, God creates humanity from the dust of the earth, and gives his own breath to animate him.  But the man is a single unit.  He has the company of all the creatures of the earth, he has communion with the infinite God. What he doesn't have is someone like him. 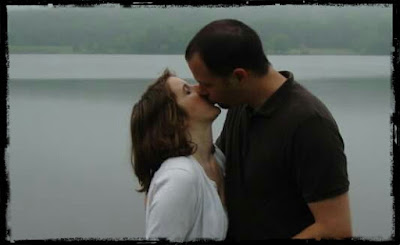 You can see this is the point in the creation of woman.  When he wakes from his sleep, in Genesis 2, verse 23, and cries out in joy over her appearance, the gender arguments are missing the point.  We waste our time arguing over whether this is an act of naming her and therefore, perhaps, an exercise of authority.*  The point is what he says about her: "This is flesh of my flesh and bone of my bone!"  He is saying, "Here is someone like me!"

She is woman, named from his name, and he is man, but they are both human.  They are not first and second, or original and derivative. They are male and female.  The man is not looking for a subordinate--he has plenty of those already.  He needs a partner.

And then the fall came.  Sin drove the first wedge between man and woman.  When they leave Eden, Adam names his wife in the way he'd named the animals.  She is Eve, the mother.  She is one step removed from what he is, and a mere form of the word "man" is no longer enough to describe her. Her identity is other now.  The name emphasizes their separation, their difference.  They are distinct now, and from this moment in history on, we see each other from the outside, as strangers.

And this is the essence of patriarchy, and of sexism.  The heart of sexism is failing to see one another as made of the same stuff.  It's only when we put half of the human race in a separate box from ours, that we feel comfortable judging them by the box.  The well-meaning 1950s husband loves his wife--he wants to support and protect her. But he considers her a different kind of creature--delicate, feeling, beautiful, sensitive.  That's why he can disregard her judgment, or laugh at her driving or her manner of speech with his friends, and still feel he's showing her honor.  It's because he believes she's a collection of different traits and skills, rather than a different arrangement of his own.

This is why, today, my facebook feed is still littered with jokes about women--usually posted by women--or about what men are like.  It's because we are still allowing ourselves to see one another as our gender, instead of so many examples of human beings.  It's why so many members of our church can still feel instinctively that pastoring is a man thing.  Behind the fistful of textual arguments, genuinely believed or not, is the fact that we've had it in the man box for so many centuries, we can't picture it in the woman box.  But we don't need to.  We need to get our heads out of the boxes relate to human beings.

We are all human. We need the right to be human beings first. Our gender is only a nuance to that identity, and it's one of many.  The secret to relating to men, or to women, is relating to human beings.  And the only way to win the gender war is by making peace with the enemy, one human being at a time.

I can't fix sexism.  I can't unravel the Curse.  Probably you can't either.  But I can choose to relate to people as themselves, and not as their boxes.  I can't kill sexism, but I can make it look ridiculous.  And maybe, if we all do that, it will be enough. 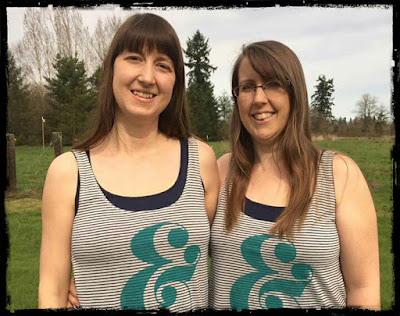 *The Hebrew text gives good reason to say that it isn't.
Posted by theotheradventisthome at 1:05 PM