Why I Do and Don't Celebrate Reformation Day

I am a church history geek.  In fact, I have a degree in it--Church History Geek, that is.  I am in love with stories, and costumes make me giddy.*  So just imagine my joy when I discovered Reformation Day, a real live holiday for both. 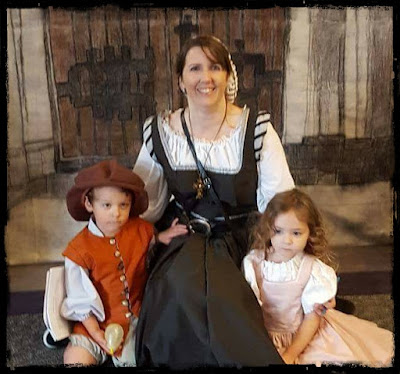 On October 31 every year, German citizens in many areas, and Lutherans everywhere, celebrate Martin Luther's famous 95 Theses, the smoke bomb that set off the firestorm of the Lutheran Reformation.  For the last nine years, we've done it up at our local churches, with full drama, costumes, crosswords, and even food in the lobby. My kids never get Halloween costumes, because I'm too busy sewing them new Reformation Day costumes each year. Every closet in our house (before we packed it up to move) was at least half filled with monk's robes, doublets, and gowns for the dramas. And to top off the bragging rights, nestled under the boxes of feathered Tudor hats, I have two chain mail shirts.** 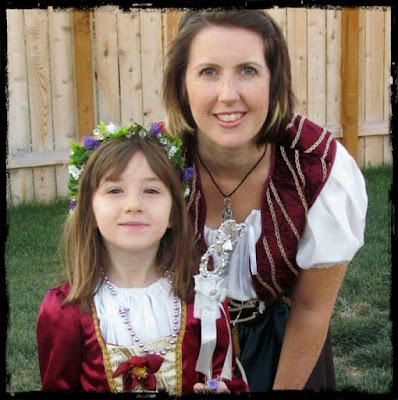 I put a lot into Reformation Day, probably more than I do for Christmas. So I'm very happy to get some compliments, once it's all over and I'm sitting down amidst my enormous skirts taking a breath. Those are golden moments, but I know without fail I'm going to be engaged in the same conversation. Every year. 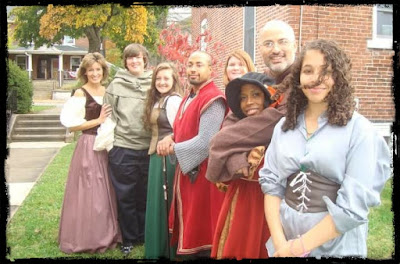 Every year someone, to make conversation, starts talking about being Protestants, and they always observe that we don't do a good job of protesting any more.  Protestants and Catholics are too friendly these days, the conversation always goes.  The Lutherans themselves are Exhibit A.  We need to celebrate Reformation Day because we have forgotten how to protest, and we need to be reminded.  And I can't help feeling, every time, that I must have missed the mark somewhere in the program I just presented. 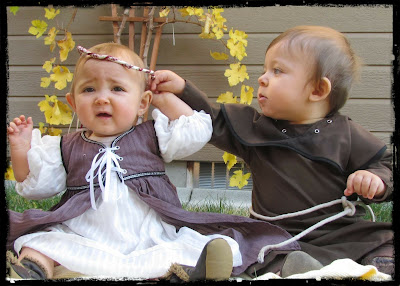 I am a Protestant, but the word comes from a historical context, lest anyone starts to think that protesting is a fundamental belief of the movement.  It comes, in fact, not from the spiritual side of the reformation, but the political.

This is how the story goes: Luther was condemned by the Edict of Worms (1521), but the emperor, Charles V, couldn't make it stick, because he was too busy with wars. For several years, he had to send his brother to the Diets to represent him.  The best they could do, then, was to say that each prince could allow the faith he chose in his own lands. Finally in 1529, still off at war, Charles demanded that this pale attempt at religious freedom be nixed. While he didn't absolutely insist the Reformed princes go back to the old faith, he put a cap on how reformed they got to be, and demanded they allow religious freedom that the Catholic princes were not required to show. 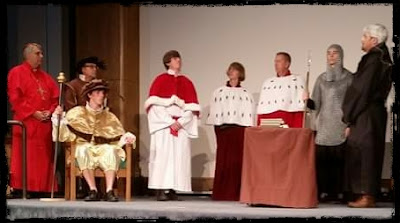 
Six princes, and fourteen free cities, put their objection in writing.  It was called the Protestation at Speyer, and those princes were known as Protestants.  And so are we all, to this day. But the protest wasn't an article of faith.  It was only an objection to a political situation that has long since ended.

The point isn't about protesting--it's not about what we oppose.  It's about reformation, and that means, simply told, making something better.  A protest, at its best, is really just a dignified complaint. When something's wrong, it can serve a purpose to register our complaint. But a complaint just isn't a basis for faith. Reformation is what happens when we do something about it.

My faith isn't made up of a dislike for the faults of Catholicism, or any other system.*** We are Luther's heirs when we work to make something that's better. 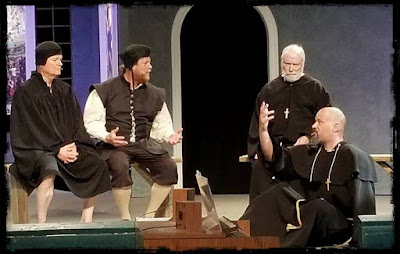 Does your faith improve upon the things it objects to? Does it work to make the world better? Are you better off because of it?

I hope you celebrate Reformation Day this year.  This is the 500-year anniversary of Luther's incendiary 95 Theses, and it's an event that won't ever come again. Read up on some history, go to an event, watch a Luther movie (I recommend the 2002 version.

Because of the move, I won't be having the the full bone-weary, costume-filled pageant of fun this time, but I'm going to enjoy it.

And what I plan to celebrate is reformation. 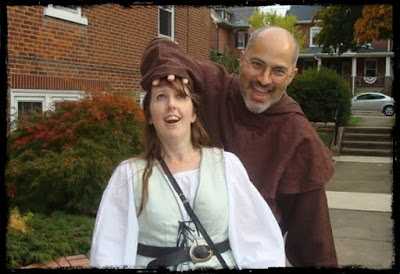 [NEXT WEEK--WANT TO DO A LAST-MINUTE REFORMATION DAY FEATURE IN YOUR OWN CHURCH? I WILL POST SOME EASY SCRIPTS AND QUICK COSTUME TIPS.]


*Just ask people who have watched Narnia movies with me.

**I did not, however, make the chain mail.  That I bought through Amazon. (And the chain mail in the included photo isn't mine--it was made by the young man wearing it and his dad, the brain-sucking monk in the final photo.)

***Including the faults of my own faith community
Posted by theotheradventisthome at 12:44 PM