The Good News about NFL-Gate

I'm calling it NFL-gate. The flap, the hype, the fury of whether profession football players stand or kneel during the national anthem is still making its rounds. While 49ers player Colin Kaepernick's choice was fodder for argument before, it got a gas-can of fuel poured over it this week by the President weighing in. And now my facebook feed is constantly confronting me with chances to be angry, either at football players, or their critics. Thanks a lot.

It's hard to decide what disturbs me most about this ruckus.  There are so many problems to choose from. 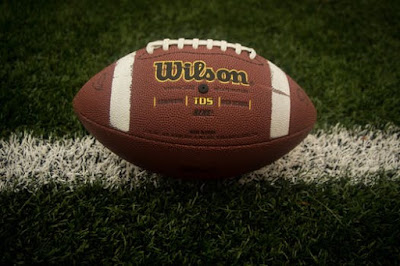 At first, I thought it was the deification of patriotism.  The deep, gut-level reaction to athletes not behaving right for the national anthem has been intense.  One Fox News Opinion article was subheaded with an explanation that, although the author loved the sport, "My God and my country will always come before football." The tight association between God and country is telling. Those boycotting the NFL may not be equating the one with the other, but they sure sound similar.

In fact, there's a certain mix of Christianity, patriotism, and love of the military that come together, and it is a growing subset of American culture.  And I am disturbed, not because I object to those values, but because of the assumption that they are inevitable, or inseparable, or that they are of similar value.

It's become a popular way to express your faith in politics, and because my church does not offer another model (since we have a strong aversion to mingling church and state), this subculture fills the vacuum. I am disturbed because members of my church are being played by these political winds.

But I am disturbed on a deeper level. Politics and faith aside, I am amazed that we are putting our energy into this at all. It reminds me of a Sabbath afternoon conversation I sat through one week. My friends were talking about the color of the elder's socks.  Apparently, when he sat on the platform, the congregation could see he was wearing white socks, instead of black. I couldn't even contribute to this conversation. I was dumbfounded that they thought someone else's sock color was this important. Even worse, some were sure we needed to do something about it, to make sure it didn't happen again.

Yes, I know there is a big difference between the elder's sock color, and athletes kneeling to make a political, or at least a social statement.  But the intensity of our interest is very similar. I am disturbed, not because people care about following the forms of honor for the national anthem, but because we care so much about having other people conform. 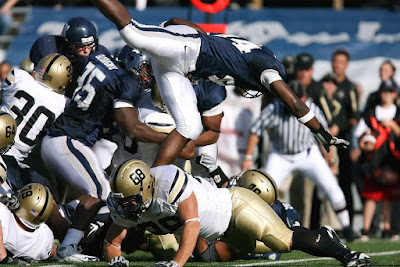 And I have wrestled with why--why is this a big deal?  Why do we feel such a strong need to get involved?  What, to be exact, makes this personal?

Because that's the only way to explain the sound and fury--it feels personal. In fact, those who kneel and those who stand both feel personally judged or disregarded by the other side. Imagine being a white citizen who feels that some of the players of the sport they pay cable charges to watch are calling them racists, and insulting one of their core values (their country) at the start of every game.  Imagine being a black player being told that fans care more about standing for the flag than about racism.

Worst of all, imagine being caught up in this argument, and never stopping to imagine what it feels like to be on the other side.

This is what disturbs me most about NFL-gate, and it ought to disturb you, too. The severity of the judgment or glory we are willing to hand out to complete strangers is telling. And it's not just about standing and kneeling.  We've gotten used to demonizing those who oppose us.  We have let ourselves substitute someone's politics, or their brand of the faith, or even their fandoms, for their value as a human being. It's impressive what nasty names you can earn by having the wrong ideas.We have jumped straight into anger, and forgotten to imagine.

Imagine if we invested our energy, not in creating clever memes of our ideas, but in understanding how someone could hold a different one.  Imagine what we would think of this issue is our life experience were different, or if the people around us believed differently. Imagine how we would treat this if we weren't being prodded by people who are trying to win elections, or at least ratings, by fueling our anger. 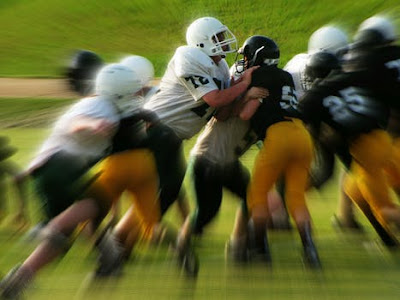 Today, you might have strong feelings, and you might be right about them. Good. I challenge you to use that power (being right, that is) for good, and not for evil. Use it to help your neighbor, and not to crush, ridicule, or alienate them.

It's not too late to reject the culture of anger. It is possible to defend our ideals without de-humanizing the other side. We can be both right, and generous.  Or we can play into the politics.

The good news is that NFL-gate can be an opportunity. I hope that it will wake us up, and remind us to use our imaginations.  And our inside voices. 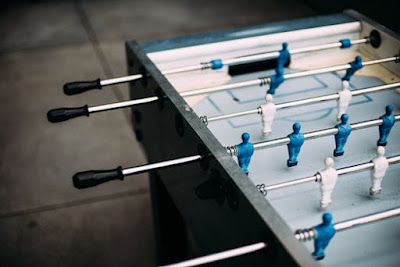 Posted by theotheradventisthome at 1:13 PM