The Gospel of Broken Hopes

Have you ever read something in your Bible that you knew wasn't true? Yes, I know this is an Adventist home--we're supposed to believe the whole Bible. And I do--except the stuff that's wrong.  Like this:

I ran across that once, about ten years ago, when I was struggling with hope. To be exact, I was struggling not to hope. You see, we'd had our medical miracle first child, and since I wasn't getting any younger, I'd gone back to try for a sibling for her. It was supposed to be easy, since now we knew just which fertility treatment we needed. Except that it wasn't. Month after month, cycle after expensive and exhausting cycle, we came up with no viable embryos.

I was in another cycle, driving 45 minutes each morning to have my blood drawn, and it was spring in Pennsylvania. The sun was pouring back into a world of grays and blacks and cold, and the numbers weren't looking too bad, either. I could feel myself hoping, and I was fighting it.

And then I read this verse. It might not have been enough by itself, but then the green things started growing again--vines on the power poles, buds on the trees. And I knew I was lost. I was going to hope in spite of myself, and I held that verse as insurance for the consequences.

My hope disappointed me.

And I'm sure it's done the same to you, too, because it happens to all of us. Hope disappoints. We get sucker-punched. We get lumps of pain tied up in shiny red bows of anticipation. And just because Paul writes those words, "hope does not disappoint us," doesn't change our reality.

Hope is an unreliable friend. Not the kind that forgets your birthday, but the kind that sometimes cuts the ground out from under you. Happy young couples head to the hospital with diapers and baby clothes in their bags, and come back with empty arms. We practice, we audition, interview, try out, and find we didn't make the cut. We love, and we discover we aren't loved in return.

And we need hope. We can't simply write it off as not worth the trouble. It's written into our DNA, it comes as natural as our breath. It gets us out of bed in the morning, and gives meaning to our struggles. We wade through the slog because we're looking forward to something ahead.  We have to hope. And we're often disappointed.

So what do we do?

First, we go back to Paul, and figure out what he really meant.

I knew, when I read the verse that spring, that I was cheating. I'd pulled a single phrase out of a long and tangled line of reason, and hung onto it. I knew he meant a certain hope, probably something spiritual, and completely unrelated to my fertility. Something technically better, but not what I wanted.  Did it have any good news for me?

And since I'm stubborn that way, I beat my head against the verse (often needed with Paul) until I found something.

The hope that Paul means is the hope of salvation. It was pretty clear to see in the context, but it didn't make me any happier. In fact, it felt like biting into a chocolate chip cookie and finding it was carob. Sure, you can say it's better for me. It is, but it isn't what I wanted. The football is a pretty good gift, but not to the kid who wanted a Red Rider BB gun.

It took a little more unpacking to be reconciled. But verse 4 helped:

"Not only so, but we also glory in our sufferings, because we know that suffering produces perseverance; perseverance, character; and character hope." That's what comes just before the "hope doesn't disappoint" bit. It's a strange food chain of virtues, because hope is sitting at the top. Why is hope the goal? Why not character?

I could understand, in fact, if he started with hope. As in "hope disappoints us, which leads to suffering . .. and so on to character." But God doesn't want our character the most. He wants us to hope instead. He intends to fulfill those hopes himself. It's his character, not ours, that saves us.

Christianity isn't Buddhism with a Cross. Paul isn't teaching us to be stoics and stop wanting things. Stop hoping. He's pointing us to the only hope that can make us happy. It's not chocolate, but it isn't carob, either. It's eternity.

Salvation isn't just about saving us from our sins. It's about saving us from the world that hurts us, that crushes our hopes. It's about bringing us to the perfect world we were meant for all along, the one where all the things we really wanted, the stuff we expect those hoped-for things well give us, are there. Family, love, meaning, accomplishment, value, joy. The forms of these things we spend our money and tears working for here on earth are only shadows of what God intends to give us.

My hope is built on nothing less than Jesus' blood and righteousness.

It turn out that all those other hopes really are less than this one. Since the twins I did eventually have are right now wrecking my house for Sabbath, I can testify that our joys here are always mixed with some pain. I love my children. But I'm looking forward sharing eternity with them even more, and seeing what family was meant to be.

So all those broken hopes are not lost, just waiting for the resurrection. And those brightly-wrapped lumps of pain serve a purpose right now. They drive us to the one hope that cannot let us down.

"And hope does not disappoint us, because God's love has been poured out into our hearts..." 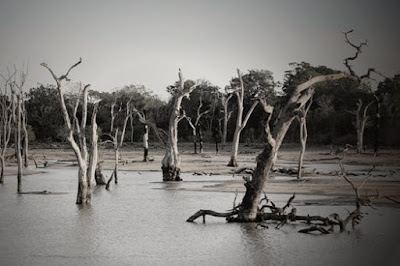 Posted by theotheradventisthome at 2:13 PM