I know I'm late to the conversation. It's been almost a week since the Valentine's day shooting at a school in Florida. But I, like everyone else, need to say something. We need to talk, because the lives of seventeen families were ripped apart, and every student in that school and community has found themselves living in a darker, more terrifying world.

And the question is--the question always is--what can we do? Can we--and should we--control the guns? Can we control the people, and how? Is there a way to cure or prevent whatever turns people into killers? And in a society in which kids can turn into killers, can we even play by the same rules anymore?

My church is particularly handicapped here. For very good reasons, we don't tell our members what to vote, or what party to listen to. I'm glad for that, but it means that our members end up listening to other Christian groups who don't have that scruple. Most often, it's the right wing, sometimes it's the left.

But it's always bad, because politics mistaken for faith is a horror all its own.* When the power-mongering voices whispering in our ear make us believe they have us by the conscience, there is no greater form of slavery.

So what can we do? What can Adventists, specifically, do about tragedies like this? This is what I think:

1. Grieve--There's a lot of emotion in these conversations, for good reason. The feelings are all valid--sorrow, anger, fear, bewilderment. We need a chance to feel them before we use them, or let someone else harness them, for an agenda. Grieve for the lives lost, and the countless other lives changed. Feel anger for the loss of safety and innocence. The victims of this shooting deserve to be mourned as themselves.

2. Pray--Yes, social media is jaded with the sending of "thoughts and prayers" after a tragedy. But prayer is much deeper than our own well of feelings. It is our link to the God who actually has answers. Pray for comfort, and pray for a solution. If we're going to struggle through this web of emotions and politics, and do something productive, we need help.

3. Resist the memes--I know, they work. I've read a hundred snarky memes for every thoughtful article I've click on and read. If what we want is evangelism, or just a way to vent our own feelings, snark is the way to go. But I want something better. These horrors are not partisan. These problems belong to all of us. We cannot change the world with snark. Instead of trading memes, we have to talk to real people. If we owe anything to the innocent children killed in Florida, it's this. We owe them the respect of actually trying.

Resist the political parties and the lobbies whispering in your ear. Resist the urge to share something just because it's clever. Refuse to be someone's enemy just because they're wrong. We need those people, too.

4. Be present where you are.-- I'll never forget the day, in my own teens, when my best friend's mother followed me as I was leaving to say, "I noticed you've been having a hard time lately. I care about you." She gave me a jar of homemade applesauce. It was a small thing, except to me.

Maybe legislation will help us. Maybe it won't, or maybe it won't yet. Work for what you want, but don't forget to be present where you are. Care about the people around you. Take the time to be curious, and to say something.

No, a jar of applesauce won't cure a sociopath. But a community that notices, and cares, can make a difference for most everyone else. I've realized lately that I'm failing here. I'm not curious, because I don't have time. I don't say anything, because I'm self-conscious. I need to do better.

I am an Adventist. I know the only whole solution to violence is the Second Advent, and I pray it happens soon. I also know that "soon" is not defined, and it isn't an excuse to ignore the problems here and now.

So what do I think Adventists should do about politics and guns? Simply, I hope we will live our faith.

Vote, because it's our duty as citizens, but vote your conscience, and not a party line you've been fed, even if it came in Christian language.

I hope that we will think and speak responsibly about guns, violence, and personal freedoms. That we won't be lured in by the conversation-squashing charm of snark. That we will be able to consider the problem for itself, and not because of its political implications.

And I hope we will be a force for good in our own homes and communities. I hope we care, not simply enough to argue with one another, but enough to love others. 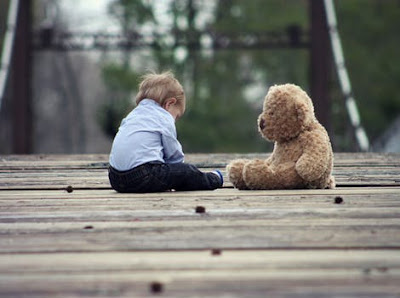 *To be convinced of this, I recommend CS Lewis, and his article on a Christian political party in God in the Dock.

Posted by theotheradventisthome at 7:26 AM