I once read a book of speculative fiction, in which the medical system went rabid. Health screening was involuntary, medical consent was not a thing, and ambulances roamed the streets like prowling squad cars. It was all the creepier, as the author well knew, because it was done out of love for human life. I would prefer if my church didn't take this as an operating model.

We stand in a new and alarming place as a church. From where I'm standing, it looks like a crossroads.

We have challenges. We disagree, even on points of doctrine. We come from so many cultures we can't always tell which fights are moral and which are custom. And just now, the issue of ordination has put us in a constitutional crisis, a dispute between Unions and GC over what is policy, and who has the right to interpret it.

GC administrators have a solution in mind. It's a system of compliance committees, meant to collect reports of forbidden ideas and practices by church employees and institutions, and squelch them. It's a system which will make all of the church body directly accountable to them.

God had a point the day he told Israel that a king was a bad idea. Up until that time, people brought their problems to the judges when they needed help--the judge didn't go seeking out lawbreaking to punish. It was something like calling an ambulance. You do it when you, or someone near you sees you need help. I don't want to guess whether a government could or should work this way now, but I believe our church should. Apparently, our predecessors did, too, because that's the kind of accountability they set up in Working Policy.

The denomination already has a process for the issues addressed by the compliance committees. Problems are handled at the local level. If they can't be solved, the church entity dealing with it can ask for help from the next level of organization. But it's the local entity's call--or the next nearest to it--whether there is a problem, and whether they need intervention. It is, essentially, an ambulance model.

What the GC administration is trying to create by these compliance committees is a new structure, which puts the initiative in their hands. They want a squad-car model, where they are free to seek out non-compliance, and treat it, overruling the authority of local administrators and voting church members. They want a search warrant to look into any employee or institution of the church. They want to turn the ambulances into the police.

But there are problems with the squad-car model, and we know them from our civil government. The act of policing breaks down trust and candor. It changes the atmosphere, whether you are obeying the law or not.* And it's full of potential for abuse. To prevent this, the government has a system of checks and balances. Things like a separation of powers, a meaningful appeals process, and equal accountability—for the government as well as the citizens—keep such policing ethical. The church has no such protections. If we want a squad car model, we have to create them. The cost of this system is more than the loss of trust and collegiality in the church. It's also bureaucracy, work, and money.

And what will we get for our investment? Only compliance. The ambulances will become police. The policies which were meant to serve mission will become the masters, unable to change once we have so elevated them.

In my sci-fi story, no one was allowed to die--life support kept them technically alive forever. In the same way, the Adventist church will live on, but not as the same creature. The spark of honest discovery, the spirit of eagerness and innovation, the living faith of our very anti-kingship pioneers, will be gone.

Or we can take the other road. We can keep the ambulance model, and the spirit of trust and respect for one another. We can use the system that's already in place.

I know it might not get the results some administrators want on issues that are currently out of their hands. But it does have one priceless intangible benefit.

It allows us to remain Seventh-day Adventists.

It lets us remain people of the Book, who believe in conscience over conformity. People who believed no king was needed in the church, when they founded it, and so didn't make one. People who want to fulfill the words of Jesus about his church, that:

"By this everyone will know that you are my disciples, if you love one another."** 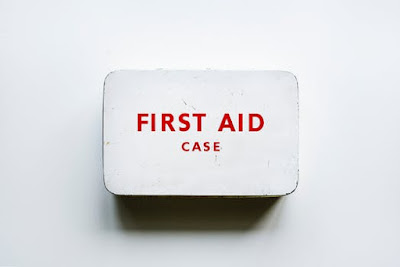 
Posted by theotheradventisthome at 3:50 PM