It Could Lead to Dancing--Adventists and Sex

I know it's an old joke: Why don't Adventists have sex standing up? Because it could lead to dancing. It was the height of humor when I was a preteen. Oh, the uproarious irony--that your church might be more concerned over dancing than sex.

It isn't funny anymore. I'm not a preteen, and the older I get, the more concerned I am that the joke is true. As a church, we might be off-priority when we talk about dancing. But we're much worse about sex. And it's because of what we're not saying, rather than what we are.

The Adventist church knows things about humanity that the rest of Christianity doesn't, which means we know things about sexuality they don't. We could be leading a revolution in thought. Instead, we're following the mainstream, right into philosophical perdition, and lousy sex.

This quarter, I'm teaching a class on Adventist beliefs, and I just taught the one about Wholism. I told my students that human beings are bodies filled with God's breath of life. It takes both to make a living being. That means that the entire package that is us--thoughts, feelings, limbs, senses, and hungers--is God's creation, the one he called "good" in Genesis.

The alternative view, the one that gets top billing in the Christian world, of course comes from the Greek dualism in which Christianity was born. Dualism says that the physical and spiritual realities are opposites, in competition. Human beings are immortal souls (Plato's idea) confined in physical bodies that limit us. It was the Greeks, not the Hebrews, who said you have to suppress the body to give the advantage to the spiritual, or intellectual life. You don't find Jesus or Paul teaching this, but they (especially Paul) did use some of this imagery familiar to the Gentile converts.

Of course, Christianity took after Plato. Struggling to defend the faith to a world that scoffed at the idea that you would want your body back, once free of it, Justin Martyr mixed the immortal soul with Paul's preaching of the resurrection. And most Christians believe a hybrid today.

In bed with Plato

I'm convinced we only half believe in wholism. We believe in the half that applies to death. In fact, that's what we call it--"the state of the dead."

But it ought to be also the state of the living. This is our failing--we haven't thought through and applied this to how we live. Instead, we adopted what every other, Greek-hybrid Christian said about sensuality, and joy, and purity. We have followed them right into bed with Plato.

We can do better. We know better.

Because, if the body is part of God's good creation, then so is sex. So is everything that gives us joy through our senses. Food, beauty, sensuality--God gives those to us as gifts, not as temptations. And the limits he puts on them are only safeguards, so that we don't harm ourselves or others, and kill the joy. The limits serve the joy, not the other way around.

In fact, a broad reading of the Bible suggests the main concern, with sex and sin, is relationships. Adultery and divorce get the biggest press time, consanguinity and other "defilement"-labelled issues trail far behind.

Christianity, of course, with its vestigial dualism, has this reversed. It glorifies the limits (and tries to invent more of them), rather than the sexuality they protect. It makes the means into the goal. The word "purity" has turned into code, either for a self-centered view of one's sexuality, or worse, as an excuse to control the dress and behavior of others.*

There is a reason the secular world caricatures Christians as priggish and patriarchal. A caricature, by definition, is an exaggeration of what's already there.

The punchline, of course, is that we have something so much better to offer. Adventists, specifically, who believe in the state of the dead, could revolutionize this. We can--if we decide we believe, and start to teach, the state of the living.

We don't have to follow either the Platonic (yes, irony) Christian mainstream, or the sex-jaded secular world. Both of them, it turns out, denigrate sex. Because both of them have assigned it only to the body. Both have taken the human soul out of it.

What if, instead, we tell our kids that sex is about the whole person?  It's spiritual, just like every other human joy, the way God intended it to be? What if we admit that sexuality isn't something God gives us as a wedding gift, that it's a part of all of us, and we need honest and healthy ways to relate to it?

What if we started studying Song of Songs the way we do the sanctuary system? If we could embrace the depth, and beauty, and spirituality--the whole-person intimacy of a Christian marriage?

What if we told the world, not that they should have less sex, but that sex should be more?  What if we brought more beauty, more dignity, more love into the conversation?

Well, a lot of things could happen.

For one, we might feel less embarrassed by the biblical imagery that compares God's love for us to a romance. We might inspire our youth to have great, lifelong romance, instead of trying to scare them away from cheap sex. We might have a powerful point of contact with a culture already looking for meaning in their relationships. And we might, finally, find more joy in our own lives. 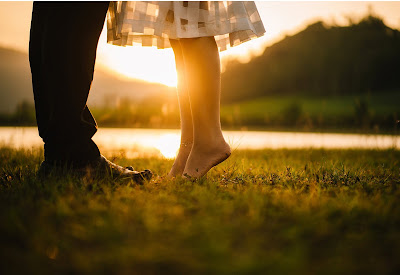 *Personally, I think we should never use the word when talking to our teens again.
Posted by theotheradventisthome at 1:10 PM