Jesus is Round, and How to Avoid It (or, How to Read a Story)

I knew there was a problem the day I learned that Jesus is round.  Yes, you read that right.  It was a popular preacher speaking on the manna as a symbol of Christ. Fair enough, since Jesus himself made the comparison.  The trouble came when he started listing characteristics of the manna and turning them into spiritual lessons.  The manna was pure, Jesus is pure, he said. The manna came from heaven, Jesus came from heaven. The manna was round, the perfect shape . . . I don't know the rest of the sentence.  I couldn't listen anymore over the dissonance in my brain.  Never mind that the Bible doesn't say what shape the manna was, nor does it pick a "perfect" shape, all I could hear in my head was "Jesus is round--(because he's perfect)." (?!)  And the ladies around me just nodded.

How did this happen? Well, sometimes the temptation to have something new and deep-sounding to say can get the better of one, I guess.  That, and some people should probably not wander from their sermon notes. 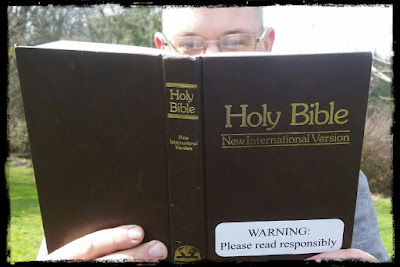 But I believe that there's more--that when it comes to the Bible, we are so inundated with theology and metaphor, that we forget how to read stories as stories.  Normal, smart people open a Bible, and forget to see what's in front of us because we're too busy thinking spiritually. We grow up, and get educated, we learn to think critically--to observe, to analyse, to question.  But we get the idea that it's unfaithful to do these things when we read scripture.  So instead, we allegorize, and moralize. And then we wonder how Jesus got to be round.

So here is a reminder, how to read a story.  I love stories, and I actually know something about them.   I wanted to be a writer for as long as I can remember, so I study stories--how they are put together, how they flow, what unspoken "rules" they follow.  There are some, you know.

And they aren't just followed in fiction.  When history is told for a purpose, it becomes story.  After all, there are lots of ways to tell about the same event.  How you tell it makes your story, and the Bible writers had to make that choice when they recorded their world.

Boiled down to its simplest form, a story must have 3 elements--Character, Conflict, and Conclusion. In fiction, you might say Resolution, but in real life, sometimes the problem isn't really resolved, (think Jonah, and much of the book of Judges).  Put another way, every story has a Person, a Problem, and an Ending.  I know this is all laughably obvious, but that's why it's so powerful to cut through the fog of symbols and sermonizing. 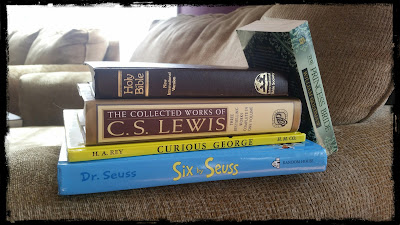 So let's look at the elements:

1. Character--Whose story is this?  Important note--it isn't your story.  I know it's a common devotional technique to picture yourself in the Bible story, but if you do that first, you're going to distort the story. Because events always mean something different based on who they're happening to. In fact, if we were making a story up, all the good instructors would tell us to worry about the character before the plot.*  Of course, Bible stories are pretty spare on details about the characters, but we can find clues from their settings (is this a farmer, a widow, a foreigner, tender of figs, washed-up prophet, etc?), and from their reactions (anger, unquestioning acceptance, running away, babbling, whipping out a sword). Until we get a picture of the who, we can't really understand what's happening to them, and what it means. We sidestep a lot of heresy if we remember God deals with distinctive people in distinctive ways.

2. Conflict--What's the problem? Every story is about conflict--inner conflict, interpersonal conflict, physical conflict, barriers, obstacles, problems. Maybe the enemy is the Philistine army, or maybe it's the Red Sea. But there is no story without conflict. So if you don't see the character's problem, look harder. Our hero wants or needs something, and here is this, sitting in their path. You can learn a lot about a choice someone makes when you see the forces acting on them. You can understand why God deals differently with one person than another.  This is also helpful when reading letters and instructions in the Bible.  Even a letter is a part of the story.**  What problem is the writer addressing? Why would this law be useful to Israel?  Before you follow an example or apply an idea to yourself, you need to see if it's meant to solve your problem.

3. Conclusion--How does it end?  Of course history, real life, doesn't have an end point. So the author had to choose a place to say the story is over.  Why here?  Is the conflict solved, or is it only changed into a new problem? Has the situation been changed, or has the character? Was the temple built, the rich man converted, the army escaped? The character may have tackled the obstacle and passed it, or she may have only succumbed to the new reality. When we really understand the person and their problem, we can understand what the ending means. This story might not tell you what to do or what not to do. Instead it might tell you how people work, or how God feels about them.

And that's a story. It probably doesn't sound as cool as an allegory of modern spiritual problems. It doesn't come out in a pre-packaged sermon.  But it has the advantage of being an account of real events happening to real people.  And as a basis for understanding reality, reality is a nice place to start.

*If you can't tell who's story it is, try looking at the verbs--who gets the active verbs?
**Boring articles refer to this as the "context."
Posted by theotheradventisthome at 12:29 PM