I don't love prayer meetings.  I know somewhere out there are red book quotes to say I am essentially a bad person because of it,* but it's still the truth.

I think the problem (aside from having young children) must be that I don't speak the language of prayer meeting.  There is a certain spiritual language that happens, less at church, but still in prayer meeting.  That's because prayer meeting is still the intellectual property of another generation, the group who wield the quotes with innocent happiness, expecting that hearing them will make me happier still. The language is a highly spiritualized mixture of metaphors about sheep, and light, and the world as a term for evil.

The format, as I've experienced it, is usually this:  after a bit of chatting, someone stands by a chalkboard, or gets out a piece of paper, and starts a list.  The members start naming local illnesses and foreign tragedies, church institutions and world events that need prayer. Then one, or several, or all will pray.  Because the list is usually long, it's often referred to as a unit.  The rest of the prayer is filled in with flowery language--again, mostly metaphors. And since I don't relate to the expressions, I find myself fighting distraction.

But there was one exception.  One prayer meeting that moved me down to the soles of my feet.

It was our first prayer meeting in Warren, Pennsylvania.  Jim and I were fresh out of undergrad, two religion degrees, lots of ideas, dropped into the middle of a very rural, very traditional, and above all, very large district.**  We started with business meetings at each of the churches, talking about what they wanted for the future.  Warren wanted to start prayer meeting again.  As soon as the idea was mentioned, a warbly-voiced member chimed in with "Wednesday night at 7pm."  And so it was planned.

And so we showed up, on Wednesday night at 7pm.  I wasn't enthusiastic about the meeting.  There were so many more important things to do with our time, and the church's limited energy.*** But we started the meeting, and the saints shuffled in.  And after the usual litany of unremarkable requests (I didn't know the people well, so the ailments of absent members didn't mean anything to me yet), we all drifted to our knees the best we could, and settled in to listen to each other pray.

I had a prayer forming in my head.  I would be expected to say something, after all, and I wanted to be sincere and concise both.  At the same time, I was getting cramped from staying in one position so long.  I tried, very carefully, to shift my weight and move my legs.

And then he started praying.  He was old, and sick, and a stiff wind might have blown him away.  His voice was slow and unsteady as his gait, and I knew I was going to have to fidget some more before we got through this prayer.  And it was as bad as I expected, dry prayer cliches I'd heard every week in church, about sickness and backsliding, missionaries and colporters. The phrases were as dry as the sawdust on the floor of the tent-meeting images they evoked.

Then he came to the youth.  I hadn't seen any youth yet--I didn't know who he was talking about, or if the prayer was for all youth, everywhere. But when he came to the youth, his voice broke.  I heard a sob, and a sniffle.  He went on, fighting to keep his emotion-laden voice audible. Their world was so different, he said, their troubles and pressures so foreign to him.  He asked God for strength, to help them face it all.

The emotion reached me where the phrasing couldn't. The broken phrases weren't far from cliches themselves, but I could almost drown in the conviction of his sincerity.  He meant it.  The tired out church-language sounded false to me, because it wasn't my language, but he meant every word.  The weight of conviction pinned me to my place like a wooden stake.

With my eyes tight shut I could see an image of him reaching up to God.  I couldn't see his weakness, in the darkness behind my eyes.  Instead, I was overwhelmed by the vision of God reaching down to him.

I felt like a worm.  This man was contacting the holy God.  Who was I to judge him for his age or his ineloquence?  My professional education dropped in value in my eyes.  We had come to his town to share the love of God, and there was no better qualifier for the job than knowing God himself.  The world felt different when I opened my eyes again.

I still do not love prayer meeting.  But I understand a little better the value of the people who do.  People who don't speak my language, but still talk to God.  They often seem weak--old, or sickly--but I'm learning not to judge too quickly.  Hidden in their ranks are some of the strongest saints I will meet.  So I try to listen to what they mean, and not be troubled by the cliches.  And if one of them offers to pray for me, I never turn them down. 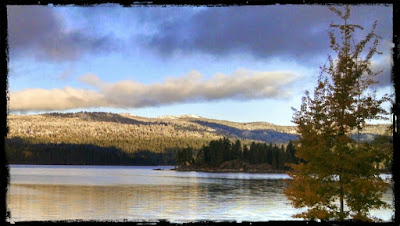 *At least, the way the words are quoted, it sounds as if the speaker means that.

**There were six churches, and about enough members to make one small church of the type I was used to. I liked to say we had one church named Distant (for the town) and five others that ought to be--there was a lot of driving in that district.  But all of that is another story, for another day.

***Here I must point out, in deference to my Warren friends, that turned out to be a vibrant church, and more resourceful than they appeared.
Posted by theotheradventisthome at 12:44 PM