I get to watch this year's Annual Council from the hot seat.  This week, as leaders of the Adventist church's world divisions decide what to do about unions that ordain women the same way they do men, (in spite of stern warnings,) they are talking about me. In August, we moved to California,  the Pacific Union.  I like being in an ordaining union, but I know that when the other shoe falls, we're sitting right underneath it.

We all know it's not going to be good. The talk lately is that the "nuclear option," a hostile takeover of the Columbia and Pacific Unions, is not likely, although it is still hoped for by some.* But there's no question they will be voting some kind of retaliation. There is no written church policy forbidding it, and never has been, but the ordaining unions have been called "out of policy" for so long that the narrative has stuck.  It is certainly stuck in the minds of those who get to vote a church response.

I remember in 2012, just after the Union votes, I was literally barefoot and pregnant (with twins), gathering information to email to an unnamed Division President on a friend's request, before the "censure" vote that year. In 2015, I stayed up after the kids went to bed at night to help work on the book Questions and Answers on Women's Ordination so it could be published before the General Conference session. I don't regret my efforts, but they didn't exactly change the course of events.

I have no say in what happens at Annual Council.  But I can say what happens afterward.  I have no vote this week, but that doesn't make me powerless.  I don't know what the church leaders will do exactly, but I know what I'll do.

I don't know how I'm going to feel about it all, but I plan to stay in the Adventist church. This is why:

1. This is my faith.-- I may not agree with church leadership--hey, I might not even follow. But it was never about policy.  I'm not here for the organization, I'm here because of the faith.  The ideas I value most are at core of Adventist doctrine--loyalty to Scripture over creeds, the God who loves us, and saves us based on his own merit, not ours. A God who offers rest (Sabbath), who values our free will enough to die for it, who has the answer to all our pain (Second Coming).

2. These are my people.-- I belong to a local community, and they are my church. In fact, I've been to a number of local communities where I have belonged.  I know there are local churches where I might not fit in. It's okay. There is no one person, not even a committee, who gets to determine what Adventists must be. The body is bigger than those voices. I won't give up a real, living community because of a committee of people I've never met.

3. This is not the end of the story--Churches change.  This one has been worse in the past, and it will be better in the future. I don't know how long it will take or how hard it will be to pick ourselves up off our faces from this crisis. It will depend on other people's choices how far in the hole we get. But we've dug ourselves out as a denomination before. We'll do it again. There are better days, and more benevolent leaders, ahead. 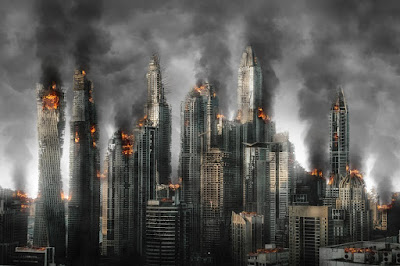 So I have a plan for what happens after Annual Council. This is what I'm going to do:

1. I'm going to recover.  I don't know how long it will take.  I don't know how I'll feel. Luckily, last year's Annual Council has prepared me--I know at least that I can recover from a bullet-wound to my church loyalty. Time helps.  So do walks outdoors, a blanket and a tea-mug, music, and time with friends.

2. I'm going to worship. My faith isn't built on the work of committees of (mostly) men in suits. It rests on the generous and profound grace of God. It's about this Jesus who loves me personally, and who's promised to come back and fix the messes. The equality of men and women is only an outworking of the gospel. I plan to spend time submerged in that gospel, to remember why it matters, as well as what matters most.

3. I'm going to love my church. It's been a stressful ride for all of us. (In fact, it's probably been worse for those on the other side of the question.  It was they, after all, who had to the worse conspiracy theories to fear.) It's now when the church family needs one another most. So I'm going to stay engaged, nurture friendships, listen, and pray. I'm going to remember that my "church" is not out there somewhere, it's right here.

This is my plan. I don't know the future, but I've decided to be in it. I'm choosing to control the one thing I can--my own actions. Maybe I'm a lightweight, but I'm going to swing that weight toward the better elements of my church.

That's my nuclear apocalypse--I mean, Annual Council--survival plan.  I plan to survive (and get to better days somewhere--perhaps far--on the other side).

I hope you will, too. I could use the company. 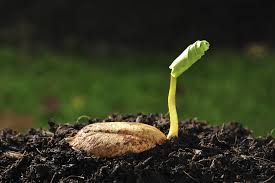 *I have friends who talk about prepping the popcorn and snacks to watch the live feed. I think they're hoping for a fireworks show. Who knows? Maybe they will be just as disappointed as I am.


Posted by theotheradventisthome at 1:26 PM