The Elves, the Orcs, and the Church

Today is my last History of Adventism in California class. We're reviewing for the exam, but of course I'm going to make a speech. My students are used to my speeches, so they'll probably shake it off, but it's a speech that's been growing in me all quarter.

The class is a new one, and my only textbook was written in the 1940s. That meant I got to decide, among the vast number of events in the last 80 years, what is important. What is California's contribution to this church's story? What, of all the things we've done, matters most?

I picked the scandals. From Loughborough's use of organ music, to 1888, to Silver vs Pacific Press, California is famous for pushing the edges. Time after time, believers on the West coast have tried new things and challenged both the theology and practices of our church. And that was good, or so I told my students. We're at our best when we're forced out of complacency. The only time we really know what we believe is when we have to examine it anew. So California's controversies have pushed Adventism to think again, to question, and--at our best moments--to grow.

But there's a cost, too. One only has to dip a toe into the past to find the sharks circling. If we're at our best when we're challenged, we're also at our worst. Over the last few weeks I've sweated through the stories of the church's bad behavior under pressure. A.T. Jones sneering at Uriah Smith, M. L. Andreason retired without his consent when leaders were ready to move past him, Merikay Silver denied the wage scale policy allowed, for fear the Press would have to pay other household-supporting women fairly. It's not all easy to confess.

To throw another log on the fire, I am not speaking to a strictly Adventist audience. Some of the class belong to other faith groups, or none. Some have Adventist backgrounds, but no very strong interest in the church. I have some real anxiety about showing them our bad side. *

Hence the speech. And it's going to go a little like this:

Now you know a lot more than the average person about our story. You know the good and the bad. You got to see people make bad choices, be slow to learn new ideas, protect their own authority or the church's reputation rather than taking care of the people in it.

It's a little like reading the facts sheet on a new prescription medication. If the side effects sound scary enough, you might decide it's no good. But it just means you're informed. You know what's in it now.

Well, this is what's in the Adventist church--people. Human beings are the dangerous ingredient in the church. We can be nasty and selfish and opportunistic--even when we think we're converted. We can totally forget our ethics when we think we're protecting our faith. And I want you to know that the same ingredient is in every Christian church. I teach general Christian History some times, and I can promise this sort of stuff has been going on since the beginning. (And, if we want to go there, Christianity isn't the only religion with this problem.)

So the real question is not "What should we do with Adventism?" It's "What should be do with the church?" I don't know what your answer is going to be, but I'm going to stick with mine. Human nature is the dangerous ingredient in the church. But, just like the medicine, it's still vital.

I like to think of us in Tolkien's terms. You all know about the orcs in Lord of the Rings, right? Tolkien made the cruelest, most repulsive creatures he could think of, and set them against the heroes in his story. But he said they weren't a real species. They were made out of tortured elves. And the elves are the best creatures in his story--they're beautiful, and wise, and magical. They're so good and pure that when the world is changing, they're too good for it, so they have to leave. The only reason orcs are so nasty is that they're made out of something so good.

The Bible says that we're made in the image of God. I can't even begin to understand what that means.That's why, when you twist us, we get so ugly. We have so much power for good, and that's why we can do so much evil.

When Jesus left the earth, he pulled together a bunch of people and he told them to keep doing his work in the world. That's where the church comes from. The New Testament says this is the body of Christ--Jesus took on human flesh to live here on earth, and now that he's gone he made us his new incarnation. The image of God. We're fallen, but we still carry his image. And that's why the church is so amazing, and so awful, both at the same time.

We are the elves and the orcs, both. All the darkest chapters of our history--the Inquisition, the Crusades, colonialism and abuse--they're a product of our potential. It's an inverted image, as in a mirror, of the power and compassion God meant us to wield. The church was designed as the peak of creation. That's why we've also been the worst.

God knew what he was doing. He knew what human beings were--we were already fallen when he forged his church. He knew what we would become, the good and evil both. And he decided the gain was worth the cost.

So I've chosen to agree with him. That's why I'm here.

You'll make your own choice, of course.

But I have to add one more thing. This class is about history. This was only the past, and the past is gone, and we can't change it. But we do have a say in the future. We can choose where to go from here. That's what I'm going to do. I hope you will, too. 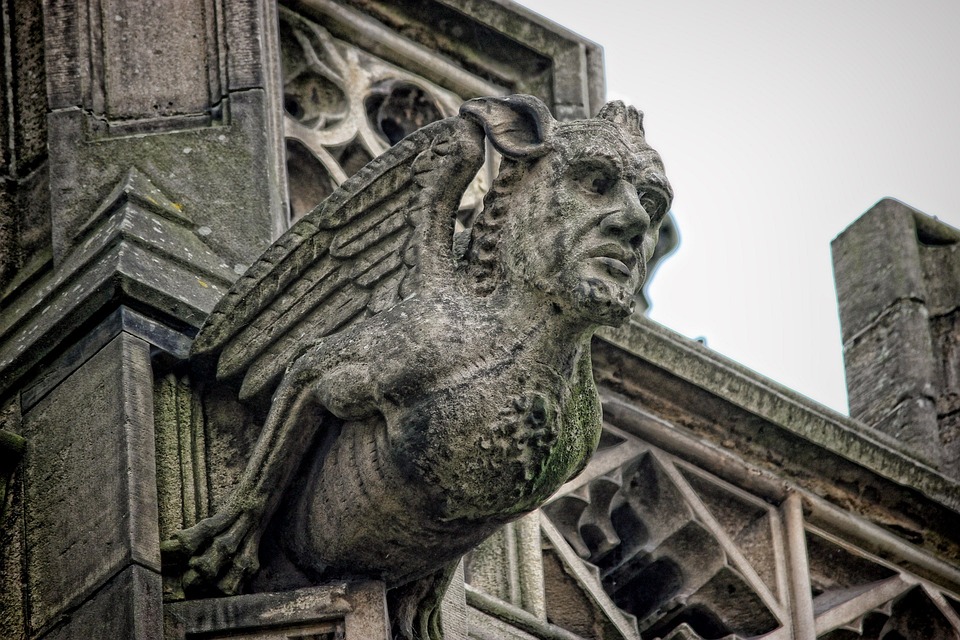 *I do so anyway for two reasons. 1. The class is about Adventist history--if I'm going to be honest, I have to say what actually happened, not what I wish had happened. And 2. When the church tries to gloss over its past, the backlash usually has a higher cost than the truth would have (see the 1888 revival and the Questions on Doctrine controversy).
Posted by theotheradventisthome at 7:29 PM